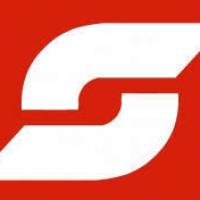 Iconic Austrian model railroad manufacturer Kleinbahn has apparently reached the end of the line -- just short of making it to 75 years.

While the Covid-19 pandemic probably contributed, it was not the primary cause. Kleinbahn had been in a long slow decline for at least the last two decades. (Roco, on the other hand reported record business in 2020 on its factory Web site.)

Never head of Kleinbahn (not to be confused with Klein Modellbahn, which was a different company)? It wasn't that well known outside of Austria. But, within Austria, for several decades in the second half of the 20th century, Kleinbahn was synonymous with model railroading. Children didn't get a model train set for Christmas -- they got a Kleinbahn, much they way Kleenex is now a generic term for facial tissue.

Kleinbahn never made much of an effort to sell outside of Austria, but, at one time it had a dozen of its own retail shops scattered around Austria, in addition to providing mail order sales from its factory in Vienna. All those stores are now long gone. In recent years, all sales were by mail order or from a small retail store at the factory site.

While Kleinbahn's Web site (www.Kleinbahn.com) is still up, it now shows that the factory has closed, and that no more mail order sales are being accepted. The retail shop at the factory site still has some limited sales -- selling off remaining inventory on a cash-only basis. (The Web site also no longer shows any prices for the products once offered.)

Americans mostly came in contact with Kleinbahn during visits to Austria, when they encountered one of the company's retail shores and picked up a piece or two of HO (the only scale the company ever dealt in) rolling stock as a souvenir of their travels.

Kleinbahn at times made some fairly good models -- especially for the times at which they were introduced (1980 and 1990s) -- but never made any real effort to update its offerings. And, it also produced some wildly out-of-scale items and, sadly, items with technical issues, including a wide range of models whose frames were cast with a defective alloy that became brittle and warped with the passage of time. (Kleinbahn also ignored NEM standards for much of its corporate life, only reluctantly applying them in its later years.)

At some point, I may write a longer piece on the long, strange history of Kleinbahn (and Klein Modellbahn, too), but that would take time -- even though I have a wealth of source material, including Kleinbahn catalogs going back to the 1950s. And, yes, I have several dozen pieces of Kleinbahn rolling stock, most still in operable condition, though only a few would fit in with my current layout.
-- Ernest