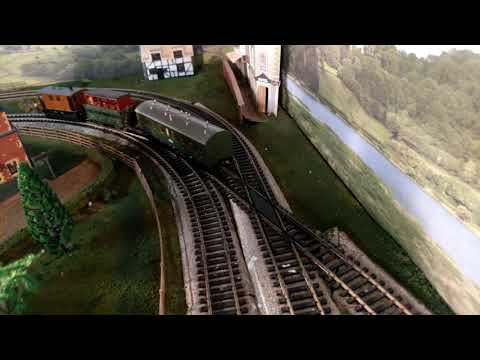 In this video, my beloved Electrotren olive oil amphorae wagons have a nice run. Also, I am delighted with Jouef covered wagon, sporting SNFC (what's dat??) and lastly, a most splendid find: an Electrotren faggot wagon. What? Did I write "faggot?" Well, yes, bundles of sticks are known as faggots. What on Earth did you think I meant??? The title is slightly less jarring, excuse the pun, than "Moving Brits and Faggots," isn't it? The fact that this video corresponds with the UK's LGBQT Day, or week, or month, or whatever, is merely a coincidence, however alarming.