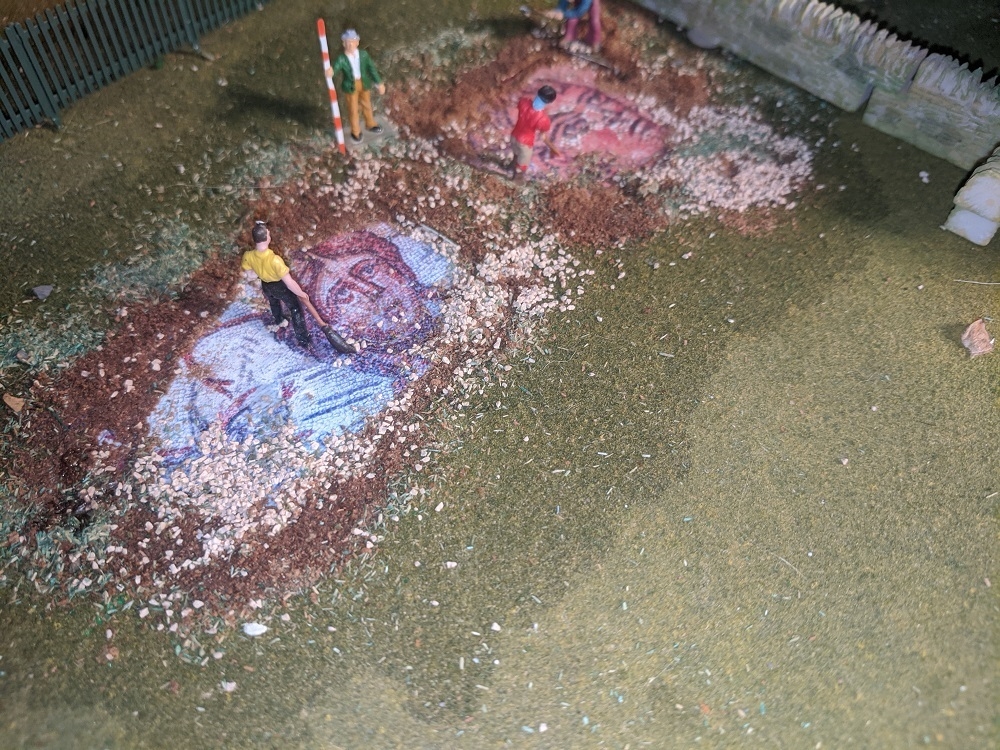 Aside from model trains, I am quite interested in archeology, particularly the Romano-British period, so it was fun to include a little excavation into the mix. All the surviving Romano-British mosaics are floor patterns, but I thought it would be fun to do something a little more elaborate. The woman, I recollect, is a Sea Goddess worshipped by fishermen, a hazardous occupation. I like the ancient visages peering out from beneath the earth. Obtained by shrinking down a Googled image and printed in color.