How were tanks (Tiger) (un)loaded to/from flatcars by the Wehrmacht? 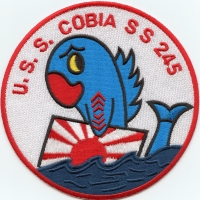 I'm just starting to come up with ideas for my first diorama/train layout. I have a Liliput 230144 (flatcars w/ Tiger tanks) on order, and was thinking of having a depot/switching area showing various vehicles and tanks in different stages of being loaded or unloaded from a train. I assume at the factory or urban areas they may have a crane of some sort, but in the field or at a depot, did the build up a ramp with dirt or something to actually drive the tanks and vehicles on and off the flatcars? Curious what other think. I'm planning on depicting more of a rural setting near the front.